Pranayama: An Intro to the Power of Yogic Breathing

In around 400CE, Pantajali compiled the Yoga Sutras. He did so by synthesizing older yogic traditions, creating an indestructible text of theory and practice that’s still widely referred to today. He divided yoga into eight branches, which loosely translated are:

Pranayama is the yogic art of breathing. Just as the word ‘yoga’ has a broad definition, ‘prana’ refers to breath, respiration, life, vitality, wind or energy. ‘Ayama’ means stretch, expansion, length, control or regulation. Pranayama therefore refers to a controlled intake and outflow of the breath.

In his classic work ‘Light on Pranayama,’ Yogi B.K.S. Iyengar notes; ‘Asanas are like various branches spreading in different directions. Pranayama, which aerates the body with energy, is like the leaves which aerate the entire tree.’

Often today, we see a nearly exclusive focus on asana. However, when paired with Pranayama (or other branches), one’s yoga practice can deepen substantially. Many of TINT’s programs include this element, such as Katchie Ananda’s: The Art of Awakening.

Successful! Sit back and relax. Your Yoga Class Plans ebook will soon be in your inbox.

Pranayama is a psychosomatic practice, showcasing the intimate relationship between mind and body. Focusing on each deliberate breath for some time might seem entirely doable to you – but it doesn’t take long to realize that with the added element of thoughts, this isn’t quite as easy as it sounds! In yogic theory this is illustrated quite simply. The chitta (mind, reason and ego) is like a chariot being drawn by two horses. One of them is prana (breath) and the other is vasana (desire). The chariot will move in the direction of whichever is pulling more powerfully.

If you’re already a meditator this isn’t a foreign concept at all. You will have found that in moments where you can focus solely on your breath, the mind is still and calm. On the other hand, when it runs away with your thoughts, grievances and daydreams – that serenity and silence quickly fall apart. With practice in regulating each breath, one can focus the mind and slowly still their thoughts. Most often, Pranayama is practiced with the eyes closed, to further prevent any distractions. A great time to do this is at the beginning or end of your yoga practice!

The idea is that by mastering pranayama, you’ll become more equipped for the other yogic stages: concentration (dharana) and meditation (dhyana). Regardless of whether that’s your goal or not, with regular practice you’ll start to notice a significant reduction in your stress levels and reactive tendencies.

“Pranayama increases digestion, vigour, vitality, perception and memory. It frees the mind from the grasp of the body, sharpens the intellect and illumines the self.”

‘Pranayama frees the mind from the grasp of the body.’ – B.K.S. Iyengar. Photograph on Unsplash.

Many assume that because breathing is automatic, it’s beyond our active control.  However, this is not the case, and the lung capacity of athletes and yogis is significantly greater than that of the average person.

Better breathing means better health. In Pranayama, with significant training of the lungs and nervous system, breathing can be made its most efficient. Lung capacity is slowly increased, allowing the lungs to achieve optimum ventilation. The depth, rate and quality of each breath will change.

“The respiratory system is the gateway to purifying the body, mind and intellect. The key to this is pranayama.”

To get a little more technical with it: In Pranayama, diaphragmatic contraction is delayed until after the conscious contraction of the muscles of the anterior and lateral abdominal wall.

This action lowers and stabilizes the diaphragm, pushing up the abdominal organs and increasing the capacity of the thorax. This prepares the diaphragm for a subsequent contraction of maximum extent, by reducing the centripetal pull.
This then lowers interference with the following elevation and expansion of the lower ribcage, in ascending upwards.

This occurs through the vertical pull of the diaphragm followed by the sequential activation of intercostal muscles, to allow the fullest movements of the floating ribs, ‘bucket-handle’ like movements of the individual ribs, elevation and full circumferential expansion of the ribcage as a whole from its origin.

Finally the highest intercostal muscles and muscles connecting the upper ribs, sternum and clavicles to the neck and skull are contracted, enabling the upper part of the lungs to be filled. Finally, the expanded thoracic cavity expands further upwards, forwards, and sideways.

3. Effects on the body

It’s well understood that asanas (yoga postures) improve blood circulation throughout the body. The arterial, capillary, venous and lymphatic circulation is stimulated by the rhythmic contraction and relaxation of the muscles – acting as pumps, opening up new and unused vascular beds. This encourages resistance to disease.

Pranayama produces similarly beneficial effects to the body, affecting the rhythmic expansion of the lungs to improve circulation of bodily fluids within the kidneys, stomach, intestines, liver and spleen.

The activity of the lungs is directly concerned with the disposing of carbon dioxide in the venous blood, as well as preventing ammonia, ketones and aromatic amines from building up to toxic levels.  It’s important that they’re kept clean from bacterial diseases by an efficient circulation of blood and lymph. Pranayama aids in this, by increasing the fresh flow fresh of blood.

With the rhythmic use of the diaphragm and abdominal muscles to directly stimulate the peristaltic and segmenting movements of the intestines, digestion function is further helped along. As well as this, much of the splenic blood circulation is within lymphatic structures also stimulated by Pranayama.

‘As the rising sun slowly disperses the darkness of night, Pranayama removes the impurities and refines the practitioner and prepares his body and mind to become fit.’ – Patanjali yoga sutra II

B.K.S. Iyengar suggests that Pranayama acts as a ‘bridge, which helps the student of yoga to cross from the realm of purely physical development to that of the spirit.’ The Dalai Lama extends this point, noting that ‘matter in its subtlest form is prana, a vital energy which is inseparable from consciousness.’

More simply put, breath is life. In practicing Pranayama one can sharpen their perception to the point of being acutely aware of the ‘indivisibility of consciousness and energy,’ and in turn, the ‘profoundly intimate correlation between the elements within our bodies and the natural elements in the outside world.’

Some other TINT pranayama-inclusive programs include Chakra Awakening Body & Soul, and Strong and Calm. Much like yoga as whole, no two pranayamic journeys are the same. Your own experience will be uniquely rewarding.

Successful! Sit back and relax. Your Yoga Class Plans ebook will soon be in your inbox. 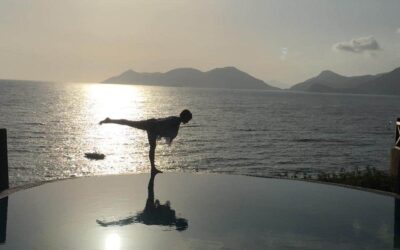 Warrior 3 – or Virabhadrasana 3 as it is called in Sanskrit – is a standing balance yoga pose and the third variation of the warrior series.

Traditional Chinese Medicine: A Holistic Practice that Yoga Can Complement

Yoga can be a great complementary therapy to Traditional Chinese Medicine. Let’s look how these two holistic approaches can work together. 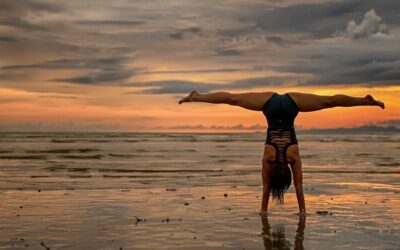 Yoga allows us to cultivate a deeper connection with our body and give the head a break. A specific family of asanas are inversion poses.

ON ALL YOUR DEVICES